On May 30, Oakland’s Roosevelt Middle School (RMS) sent a team of blossoming robotics experts to the 2015 C-STEM Day RoboPlay Challenge Competition at University of California, Davis (UC Davis). The Roosevelt Bulldog Robotics Team, students from a newly created robotics course at RMS, were mentored by retired scientists and Children Rising volunteers Mark and Joanne Perra. The team won third place out of thirty-six teams in their division, which is composed of Northern California middle schools.

The RoboPlay Challenge is one of three competitions that take place during C-STEM Day, an annual event organized by the UC Davis Center for Integrated Computing and STEM Education. C-STEM is an acronym for “Computing, Science, Technology, Engineering, and Math.” The event encourages middle-school and high-school students to demonstrate real-world problem-solving skills in a competitive environment.

Professor Harry Cheng, director of the C-STEM Center at UC Davis, publicly recognized the RMS team for a strong showing and for the fact that this team was the first ever from Oakland to participate in the competition. Sporting bronze medals around their necks, the students and their classroom teacher Zelda Allison proudly received a trophy in the concluding awards ceremony. When he heard about the win, former OUSD Superintendent Gary Yee said, “Can you believe how far we’ve come since Mark and Joanne Perra brought the UC Davis C-STEM program to the attention of district leaders in 2013? Can’t be more excited.”

Children Rising is a major supporter of the C-STEM launch at RMS, supplying volunteers and funding.

In the Land of Reading

Every Friday afternoon at Martin Luther King, Jr. Elementary, seven excited second-graders enlivened Pod B classroom with their eagerness to read. The team of experienced tutors was always up for the challenge, making sure to wrap learning with fun. We progressed through boxes of sight words and learned the difference between the short “e” sound and the short “i” sounds. We discovered that The Funny Baby wasn’t actually funny-looking after all, just different. With every book, we built up our confidence in reading. I can truly say that there is no greater picture than that of a child’s face lit up with a triumphant smile! Thank you, tutors. You have taken former non-readers on a wonderful journey into the land of reading.

Thank you to all sponsors, guests, program participants, and volunteers! We loved seeing all of you. Your freely-given prayers, participation, and generosity have overwhelmed us. Thank you. Make sure to check out the photo gallery. 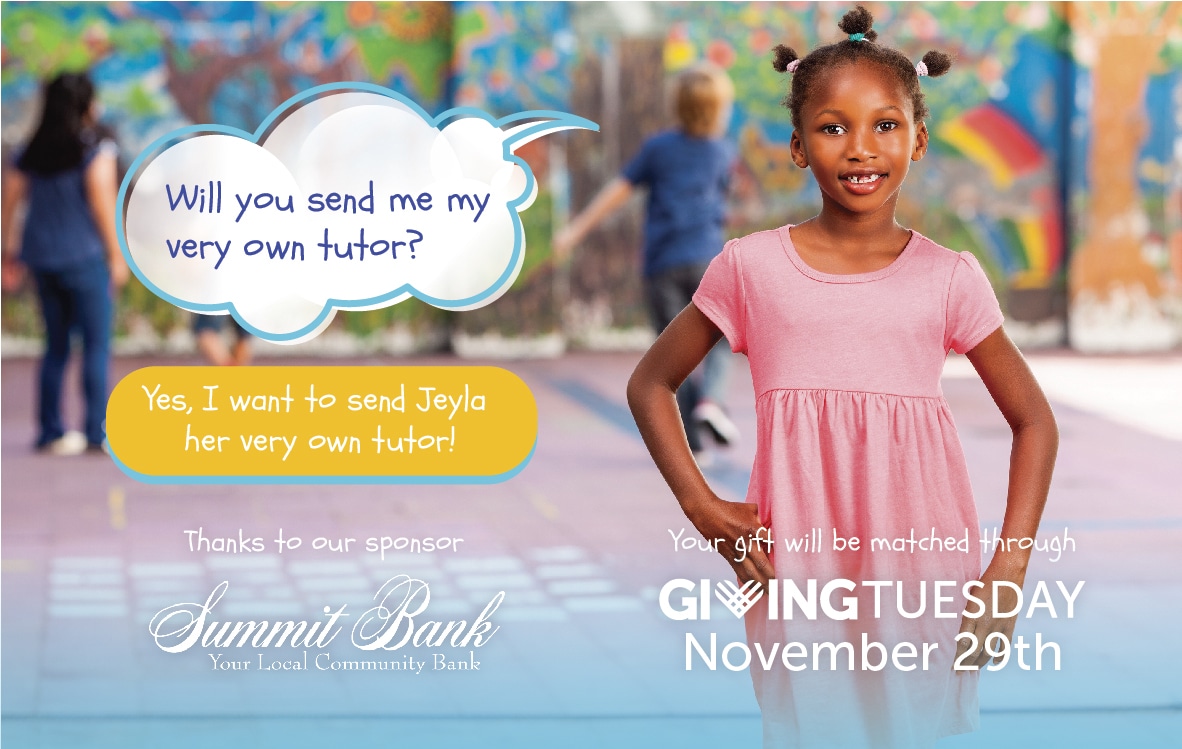